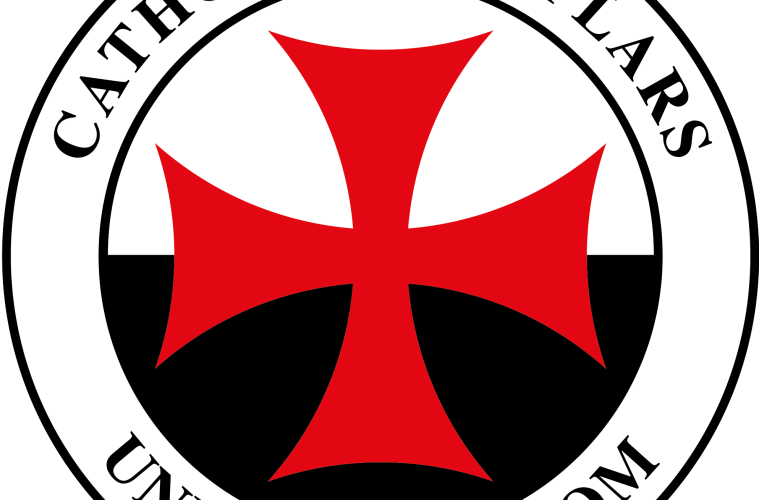 The coat of arms of today’s Templars, the Catholic Templars, is composed of a round bipartite rosette: at the top the white, at the bottom the black. Superimposed is the red driving license cross, symbol of the passion, death and resurrection of Our Lord Jesus Christ. 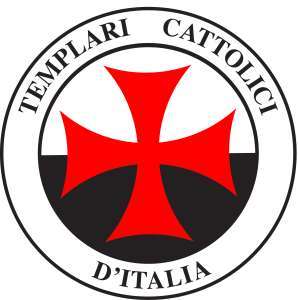 The white representing the Spirit and is obviously above the black which represents the material, as well highlighted by the Templar frescoes of the counter-facade of San Bevignate in Perugia, Italy, in which the Templar Knight carries a shield and bipartite beauceant in which the white is at the top and black on bass.

The external crown bears the name of the movement of the Catholic Templars and is translated into the various languages according to the area of use, always made official by the Italian office in the competent offices. 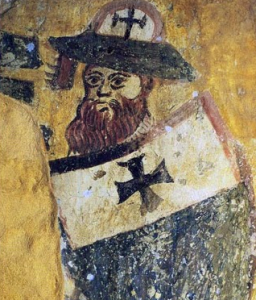 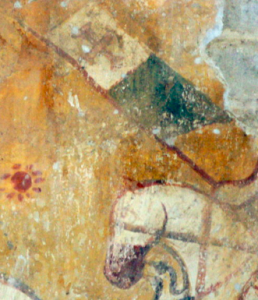