Conference: “The wine of the Templars” – Saturday 25 November 2017 in Bologna

We are pleased to announce the following initiative promoted within the International Festival of History and realized by the Scientific Coordination for Research on Religious Military Orders, by the Winners of Fossalta in collaboration with the Master in History and Culture of Food at the University of Bologna , with the Foundation of “Monte di Bologna and Ravenna” and with the Association “Catholic Templars”.

From the series of lectures “Latest discoveries on the Order of the Temple” The Wine of the Templars, research in Bologna between archival, iconography, archeology, palynology and genetics.

The event will take place on Saturday 25 November 2017 at the B.V. of San Luca, piazza di Porta Saragozza 2/a Bologna from 4 pm

Introduction by Fernando Lanzi, Director of the Museum

Luca Capriotti (University of Bologna): “The vine in Romanesque sculpture” Daniele Ognibene (Université de Genève): “The journey of wine in the Middle Ages”

Presentation of wines of medieval origin with an expert taster

Luca Dondini (University of Bologna): “DNA to identify the vines of the past: the Bologna case” 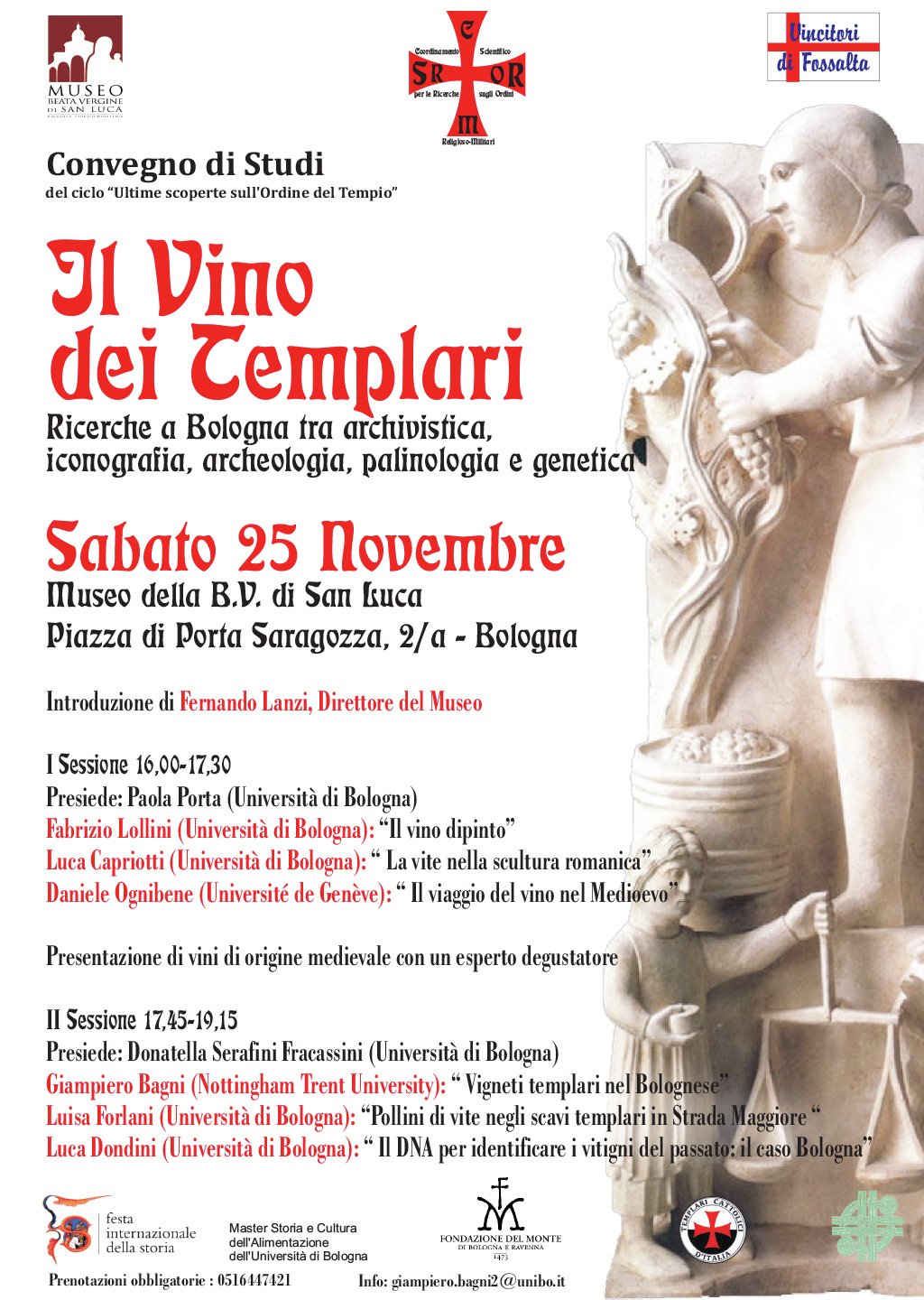