Recovery and custody of the relics of St. Therese of Lisieux and parents

The Catholic Templars, appointed by the parish priest of San Giuseppe della Pace in Milan, Dean decanate Sempione (Milan Acidiocese), Don Vittorio De Paoli, officially went to Lisieux in Normandy (France) for the relocation to Italy of the relics of Saint Therese of the Child Jesus and of the Holy Face, said of Lisieux, to the century Thérèse Françoise Marie Martin (Alençon, 2 January 1873 - Lisieux, 30 September 1897), Doctor of the Church, patron of the Missions and of France (together with Saint Joan d'Arco), and his parents Saints Luigi Martin and Maria Zelia Guerin.

After the journey, on the morning of Saturday 16.02 the Templars accompanied the parish priest and the relics in the Monastery of Clausura of the Discalced Carmelites of Via Marcantonio Colonna, and took part in the Holy Mass.

During the night, they held a night prayer vigil until the morning of Sunday 17.02 when they transferred the relics from the Monastery of Clausura to the church of San Giuseppe della Pace in a silent procession where they were welcomed by Mons. Domenico Segalini Bishop Emeritus of Palestrina who celebrated the solemn Mass in the presence of the Consul General of France, dott. Cyrille Rogeau, and civil authorities.


Following 24 hour custody of relics throughout the week of ostension. 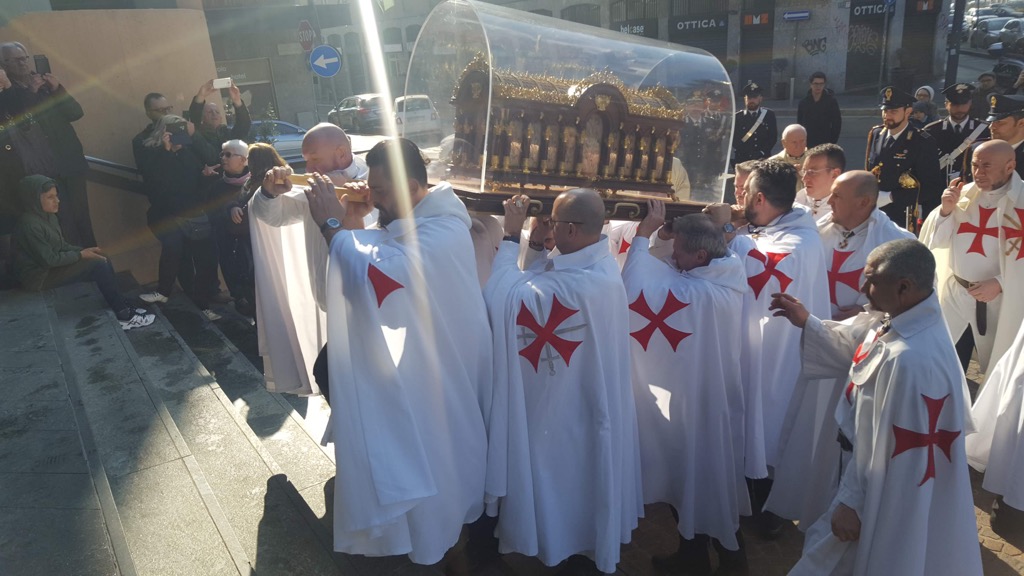 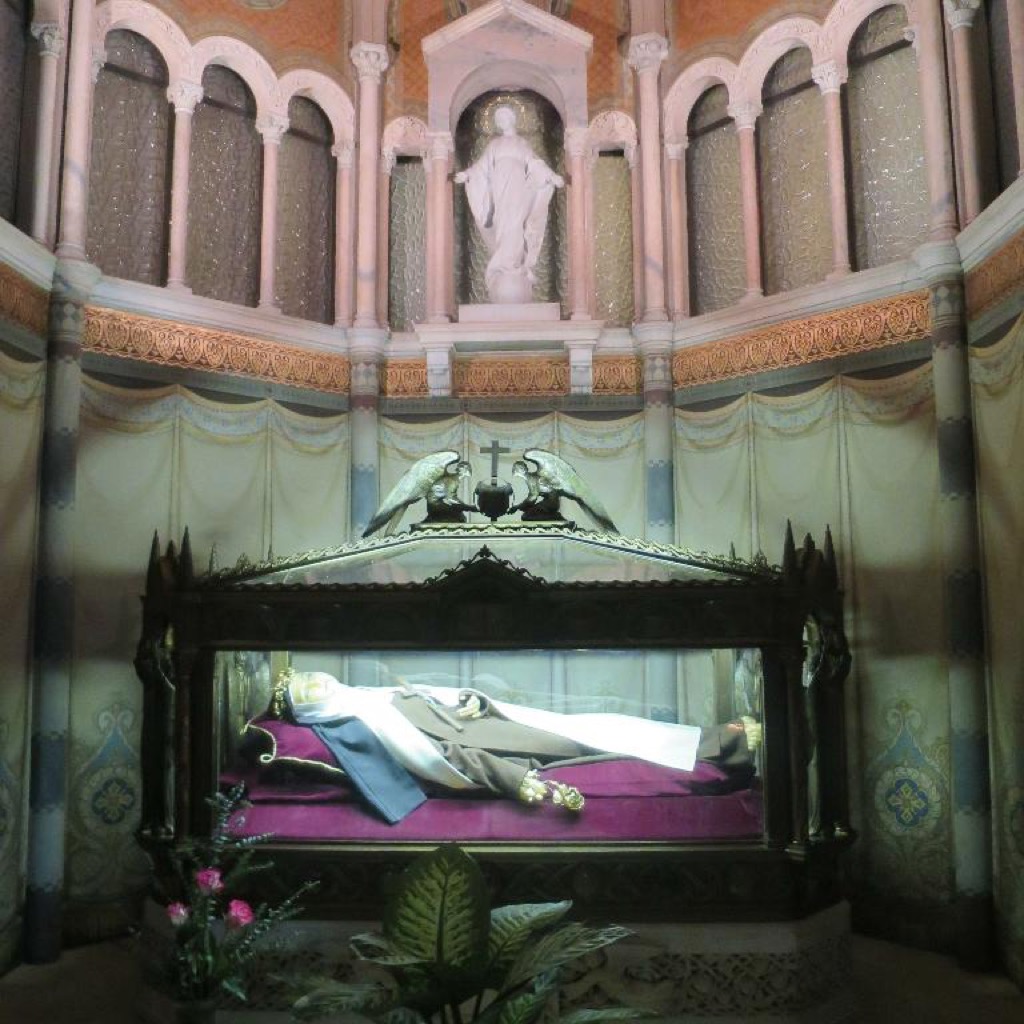 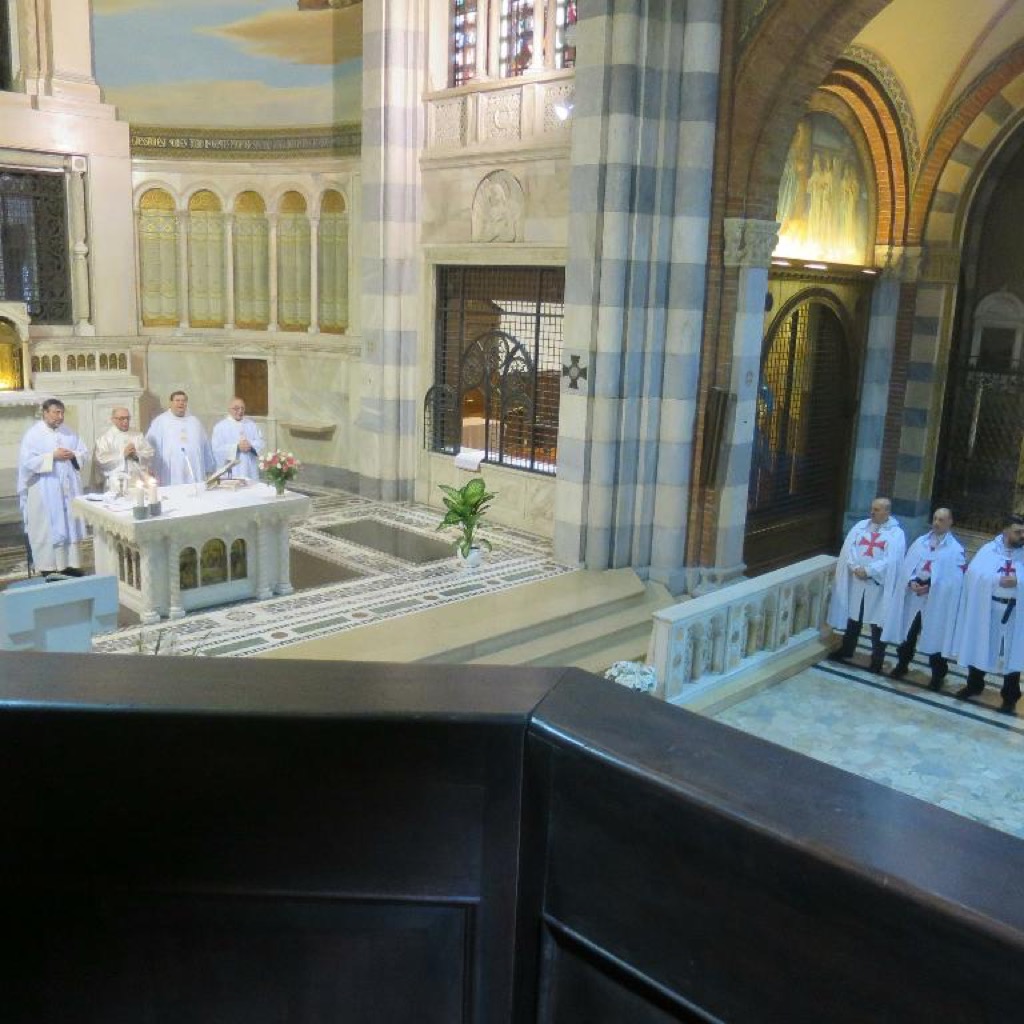 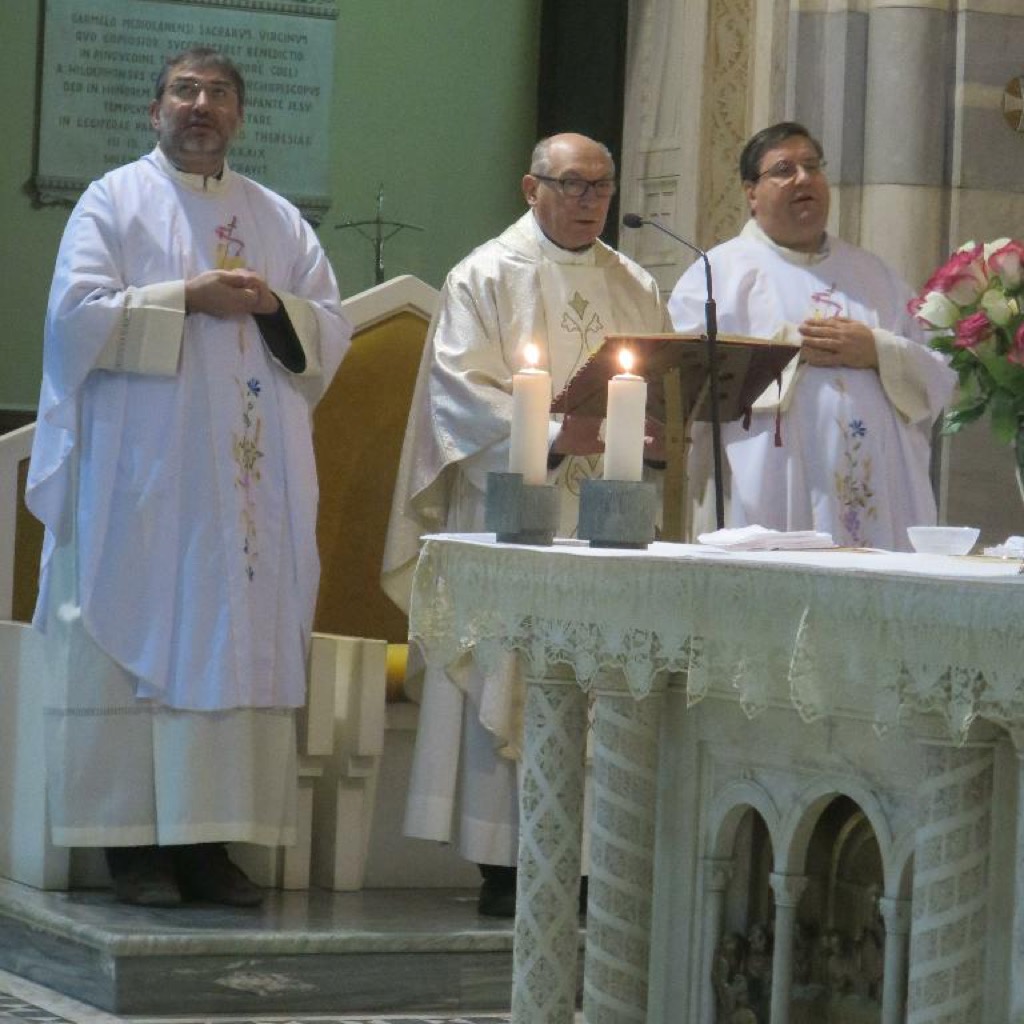 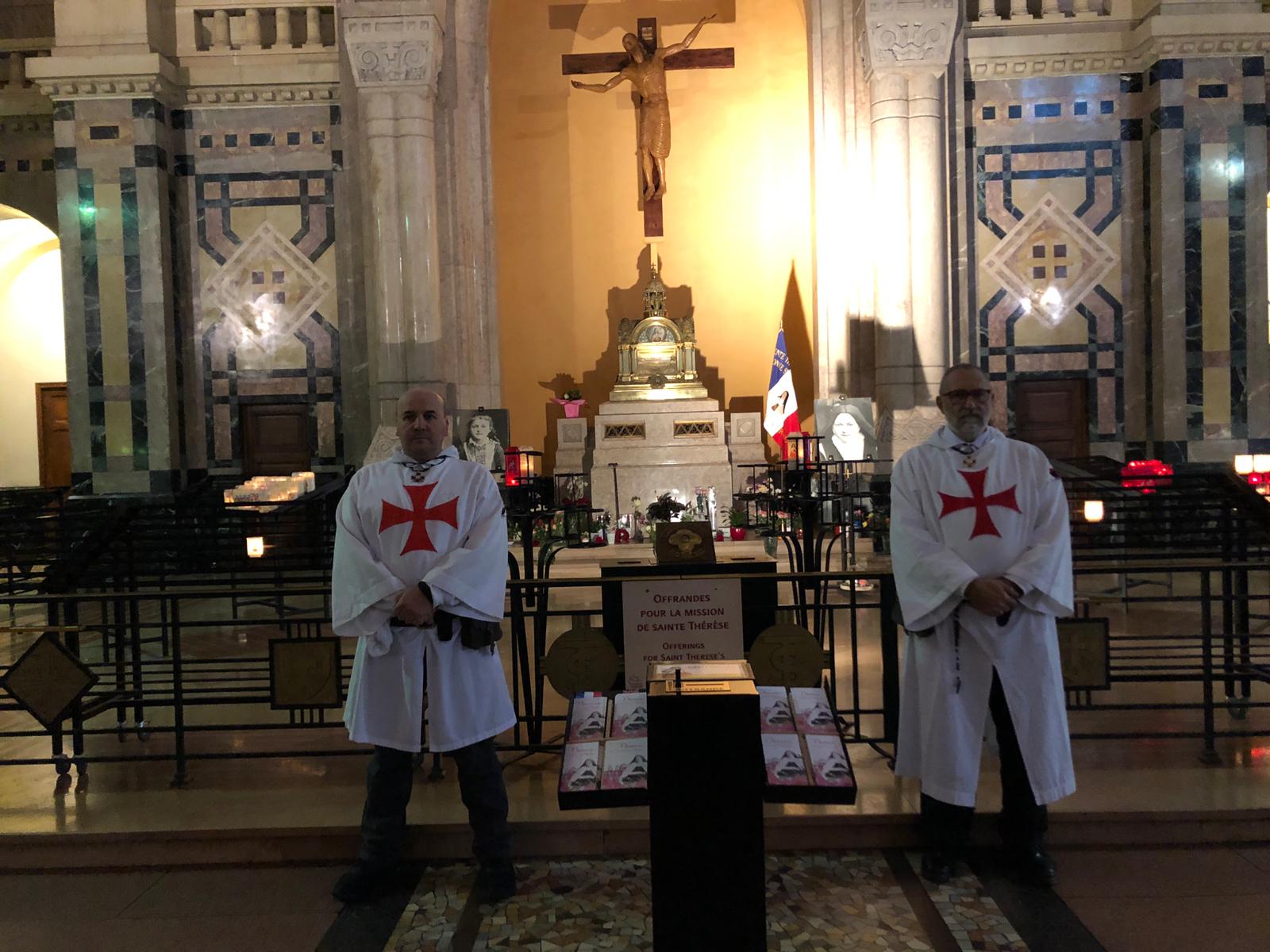 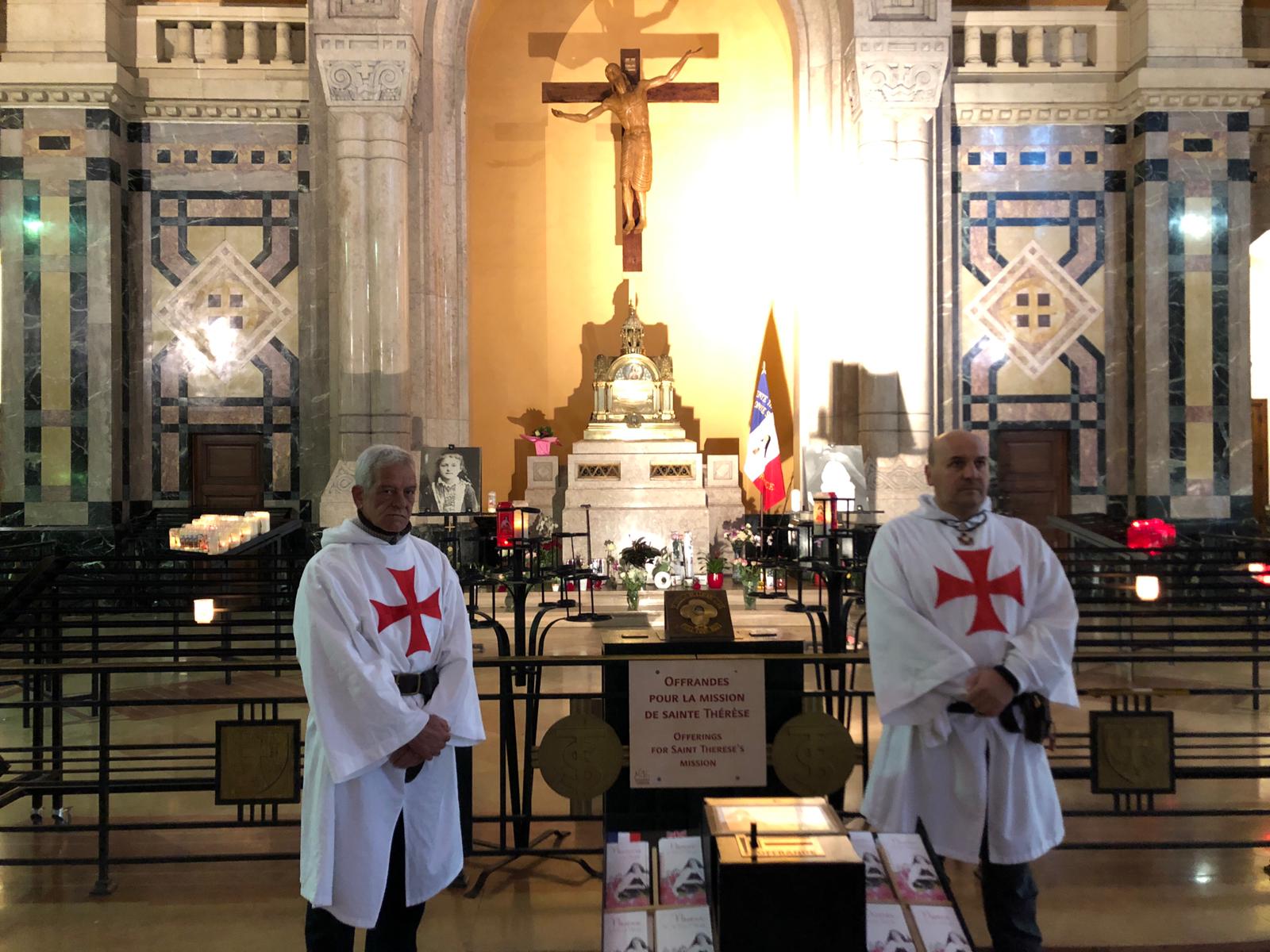 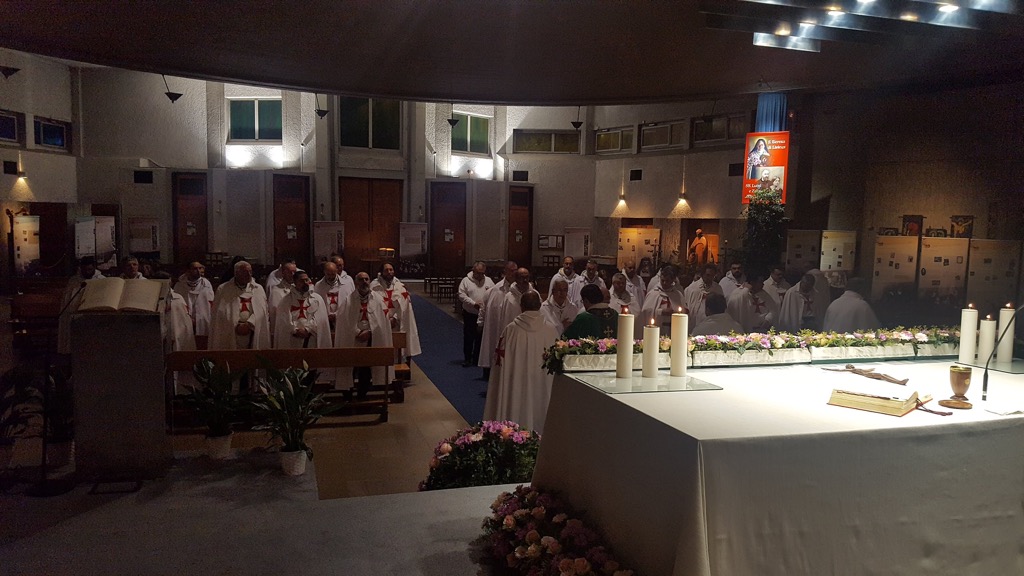 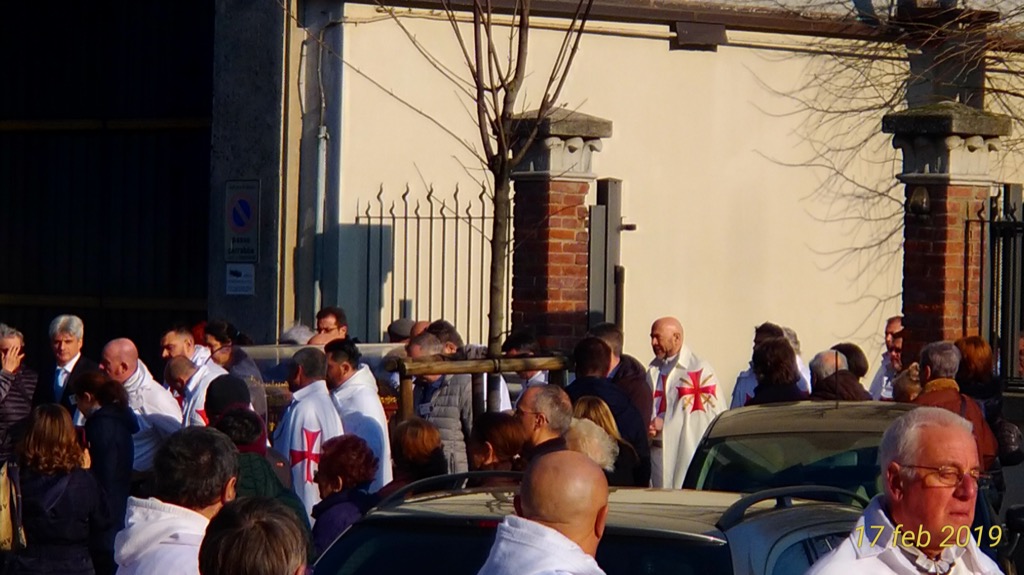 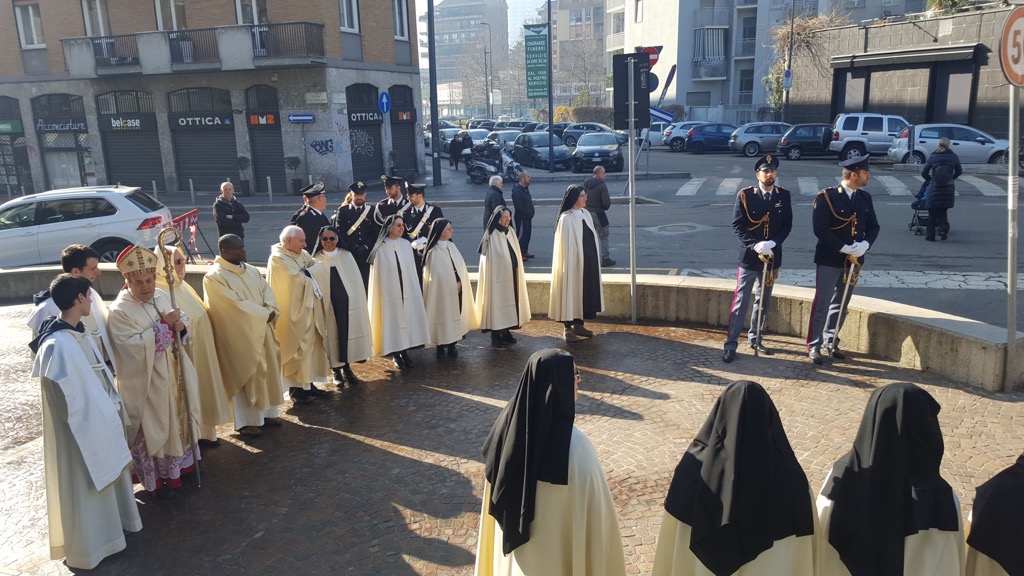 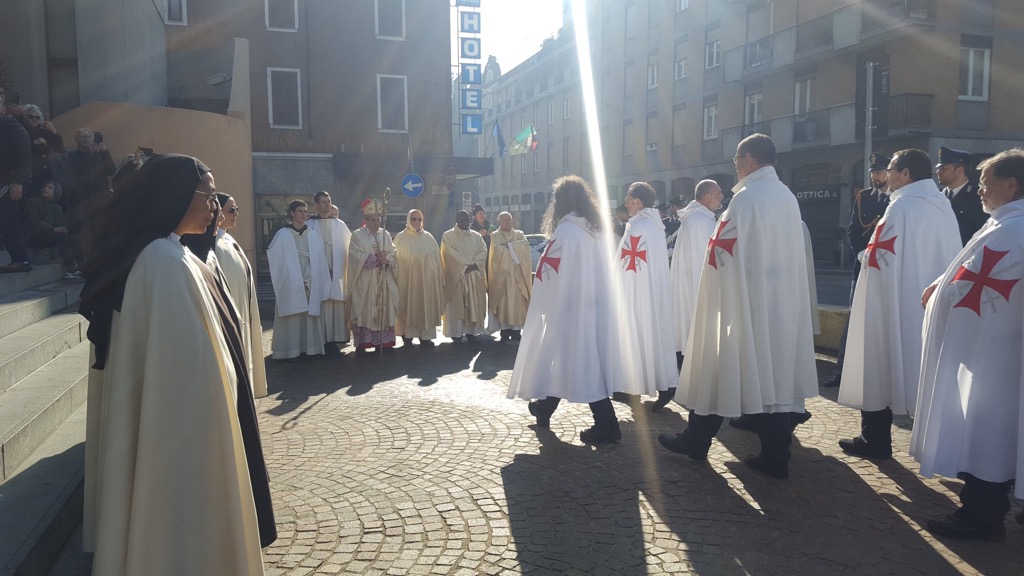 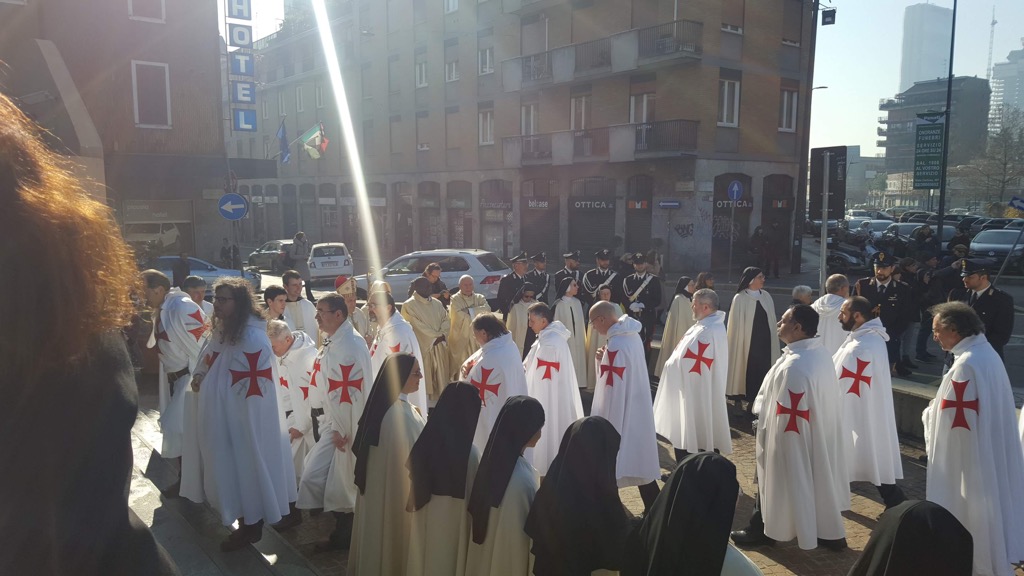 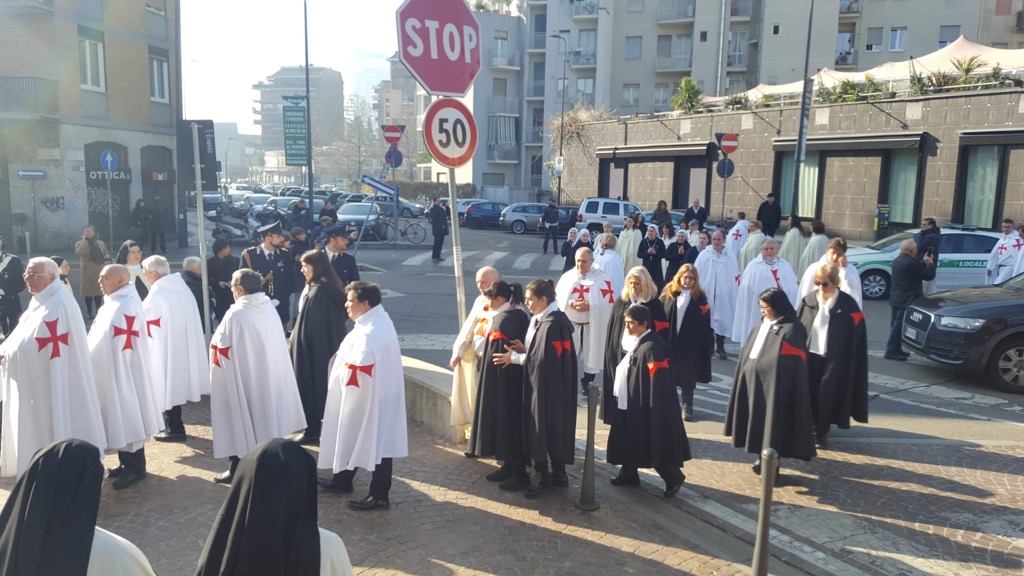 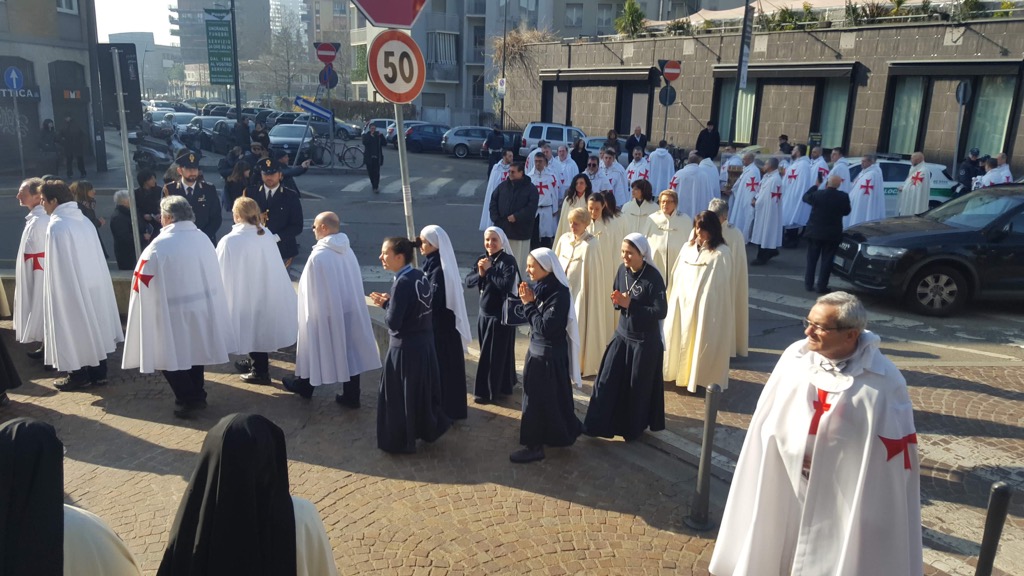 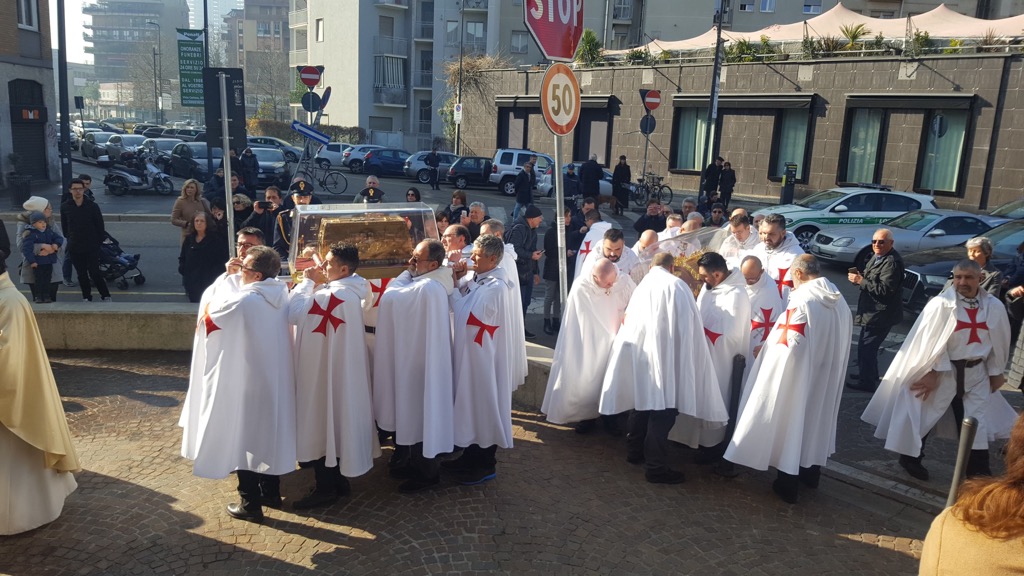 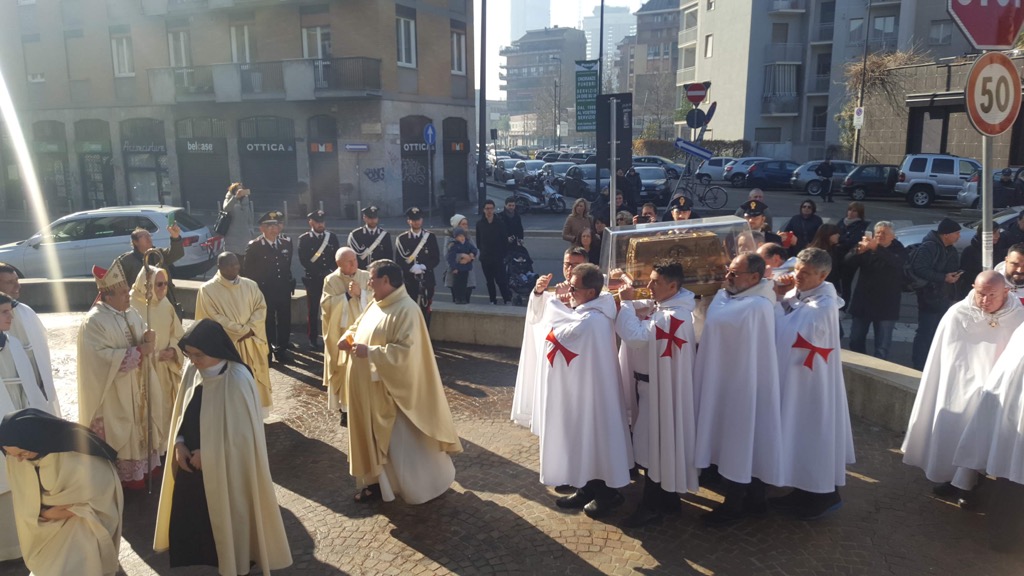 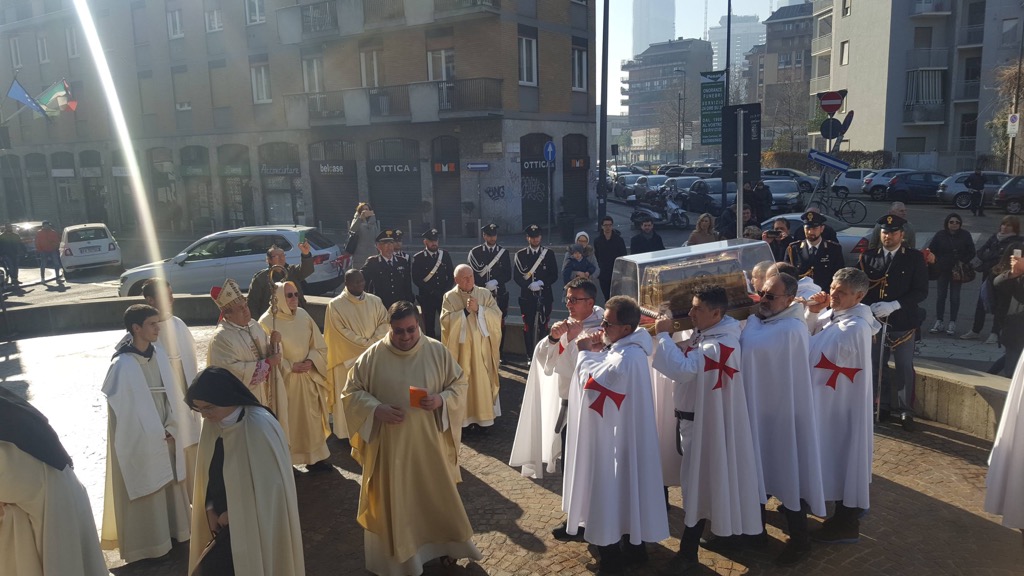 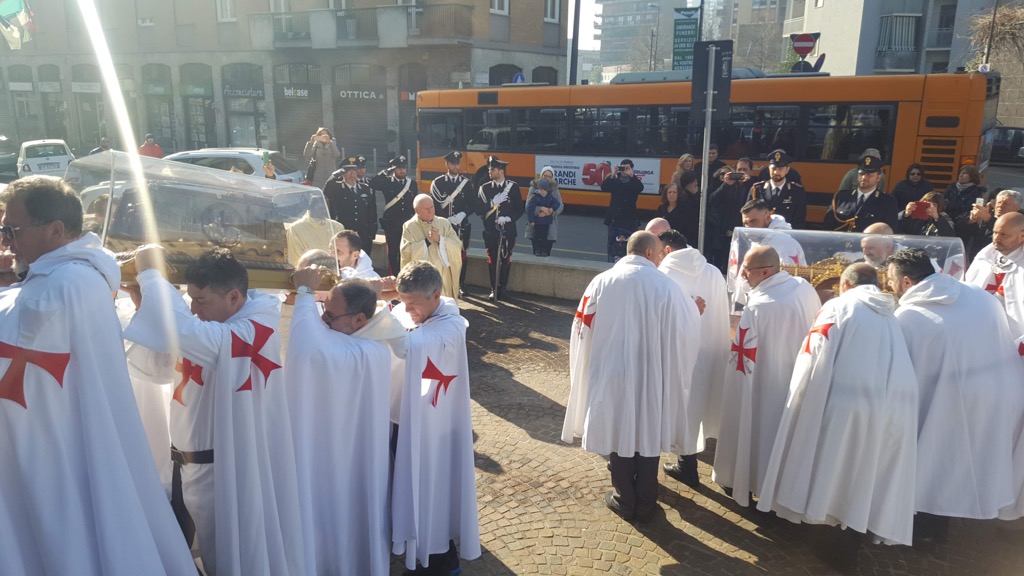 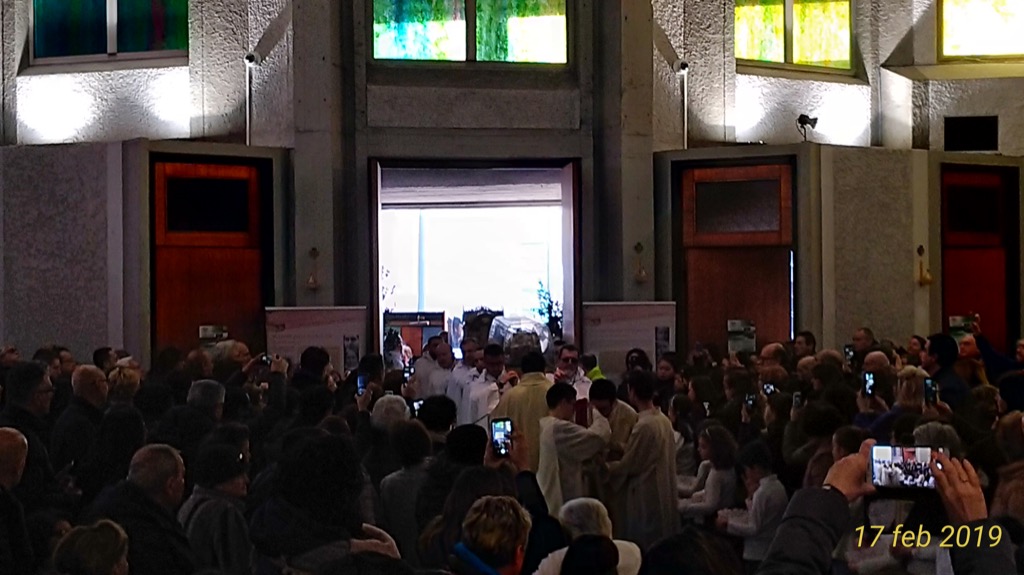 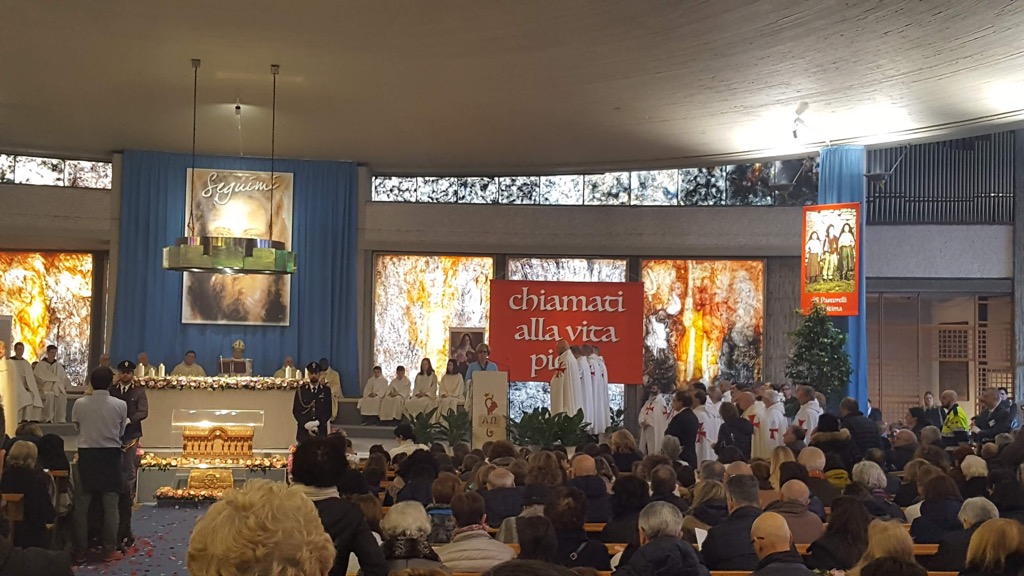 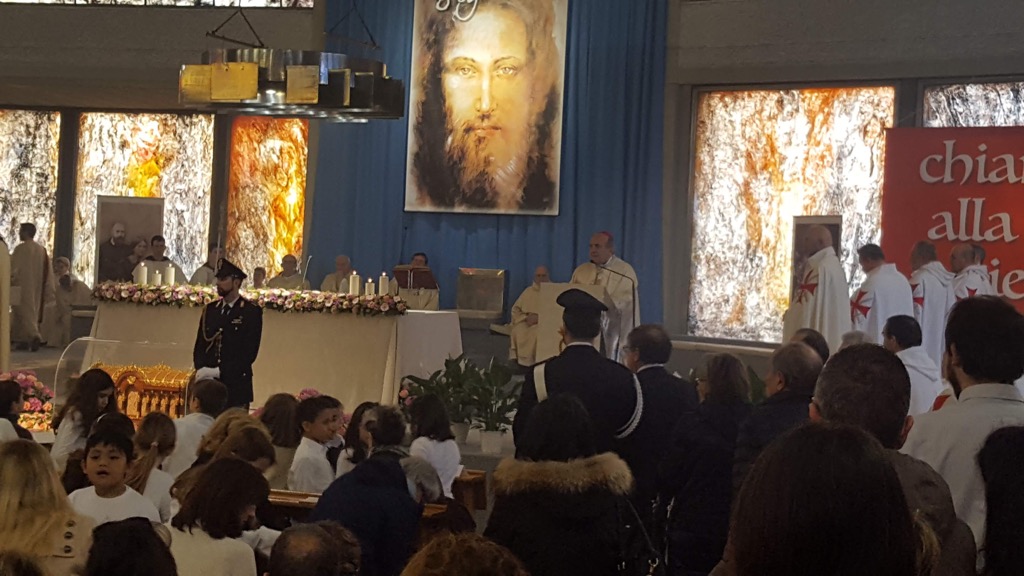 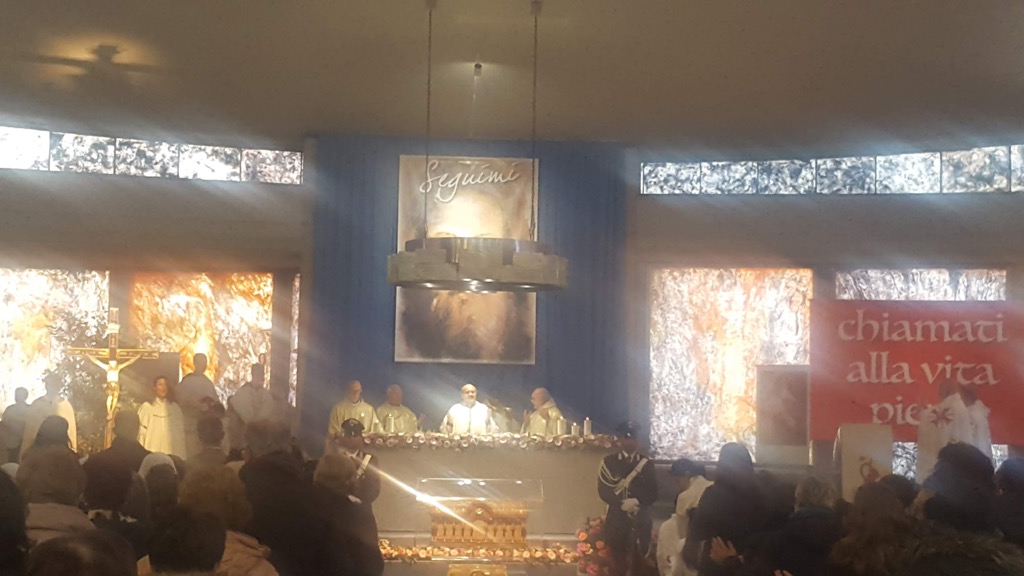 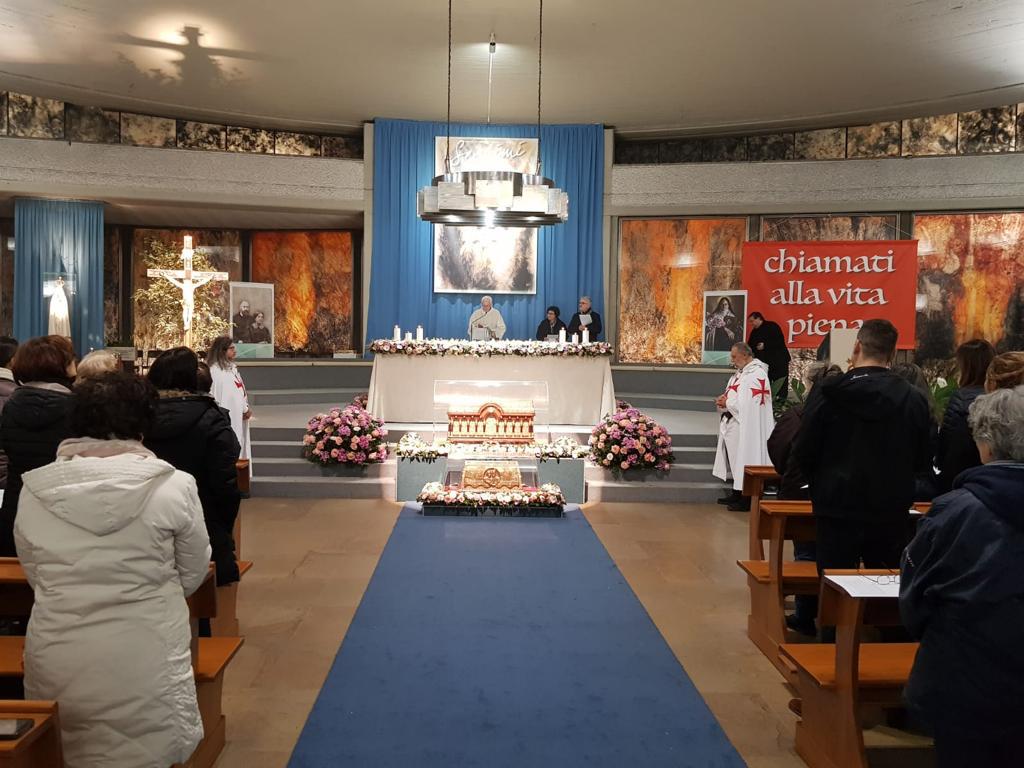 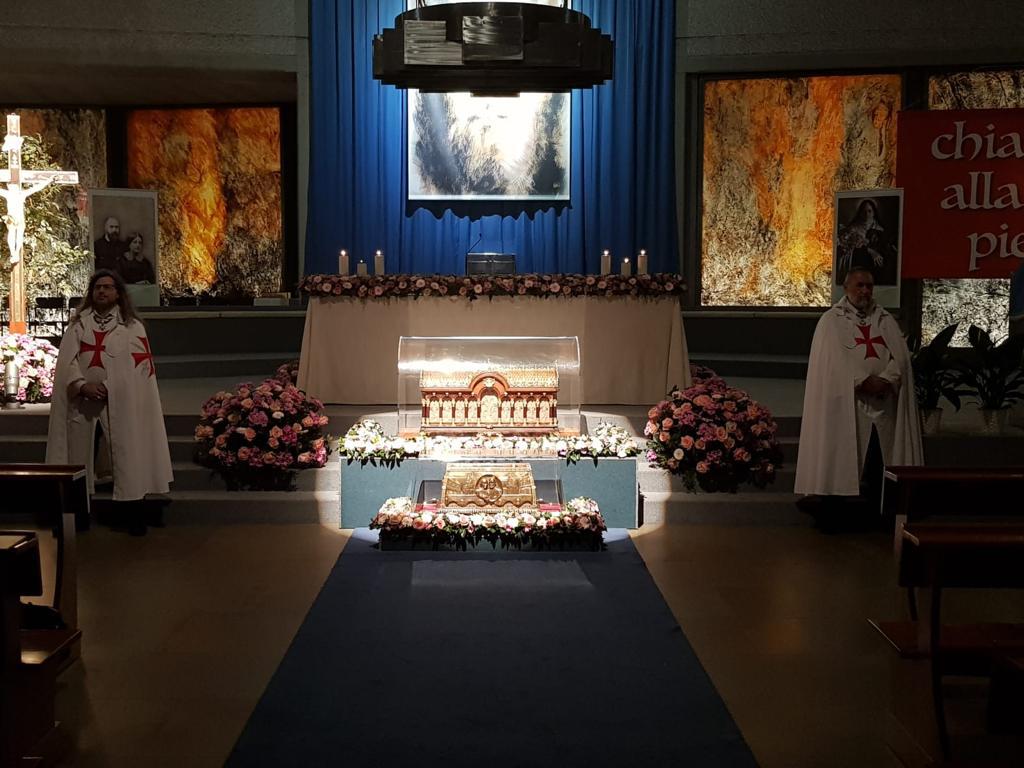